I can feel the applause in my cup.

Mosh pit with a homemade-sling and Yves Tumor. I know I’m an idiot. I know it’s worth it.

Akanksha and I are forever designated party-spirits but we also do sitting on the beach and going home “early.”

A couple days ago I was saying how I am my father’s child in a lot of essential ways.

Waiting for the metro, I found out my dad has a broken rib and a punctured lung. I’m really glad he’s alive.

Also worth noting: since I’m in Spain I’ve been seeing a lot of bull imagery. Recently I read an article where neuroscientist David Eagleman was saying that one can quantify how people’s responses toward animals differs across culture (e.g.. In India people have a more emotional response to cows).

Yesterday I was thinking about this in relation to Bull fighting (with the nice symbol of Arca’s torn white matador jacket -also an example Nicolas gave me of a sacrificial bull festival in Greece), and how my dad once thought about getting a tattoo of Ferdinand (the bull from a children’s book who sat in the middle of the ring to smell flowers and wouldn’t fight). My dad was injured herding cattle, so good thing he’s strong like a bull?

Taxi going the wrong way, 2 hours of sleep, those good greek bread things with sesame seeds on by the train, training American tourists not to order cappuccino after noon at Rome airport, then ordering soy cappuccino (it was 10am). Perfectly timed public transit thereafter.

Hot, sandals, backpack, pre-packing, Despina in yellow, abandoned building with a cat, buying Aloo for later and then getting inspired to make Aloo at home, lightning storm on the rooftop, getting to see the downstairs installation by myself + saying hi to the artist, deinstalling and packing Petrichor till 3am while trying to avoid the dude who was trying to d8 me.

Lunch at Avocado, a vegetarian restaurant. Angelo commented it smelled like ginger. I had a kalamata olive oil kale juice and Angelo had the house wine, said it was good, said Mediteranean people love to eat outside and know which wine is good and which wine isn’t.

Public opening. Rooftop beers with a view of Acropolis. Chatting with short and un-sober Beligian guy and clever Italian artist (who made a winky frown rock – artifact from the #postfuture). Cigarettes on “porch” (window ledges outside bldg.) with new Berlin friends.

Acropolis, walking through a park, being stopped by a locked gate, Documenta, Angelo liked the scores by Pauline Oliveros, “Not Just Falafel” where we made friends with the owner, programming at ADAF, rooftop chats, the dancer from the best AV performance telling me I looked like Bowie, sneaking into a house show with Angelo, Partying with the curator at Teddy Bar, dancing hard with Angelo and buying all his ginger ale cocktails (which he later paid back). I’ve noticed Angelo really likes ginger. The curator of ADAF, Elli, noticed that I really like darkwave.

I gave an artist-talk of which the main purpose was making Angelo laugh. It ended:

We ate falafel at Not Just Falafel before A/V shows again.

Vegan burgers for lunch thanks to nice lady who noticed me not having pizza the night before. 2 fans broke half an hour before opening (Athens Digital Art Festival, 2017). Was fine though.

People were not into the rain. I was. On my tech rider it specified that I would not install my piece unless it was raining.

A classic family restaurant by Acropolis metro. Super cheap. Huge portions. A local spirit at the end and the owner wrote our total on the table cloth. “Accounting will love this.”

Half-enthusiastic, half art-let-down mode. Questioning myself vs. promoting myself. Pee out the prior beer, put in a new one.

Infinity room, people doing VR, one performance missed and another seen. Not going out partying, sleeping.

20 hours of travel/work straight. Glamorous. Angelo and I talking in the smoking lounge of the airport about how an unclear future is part of Fabrica’s structure, about how when I first discovered Fabrica I thought I would join the “being and dying” department, and about this being the anniversary of the day I found out my first love had died.

There was a public transit strike in Athens and a “creative technologist” as Angelo called her, drove our taxi, operating two phones and a tablet with her long nails. We sat with the Polish artist who we would make friends with and eat breakfast with and party with, but first we had to install my piece, which we did until after midnight.

Lukas joined interaction design and he’s enlivening the team with his enthusiasm. We walked to mensa, talking about a brief that’s been floating around the studio. Part of this relates to designing high end tourist products in the context of Venice.

An essential part of Venice for me is the sky-scape of flying/light up toys at Piazza San Marco. I suggested collaborating with local artisans to make these from “noble materials.” Impossible objects of marble and gold, too heavy to fly, or made from Murano glass so that if you used the object it would break.

In Italian night/American afternoon Xtian and I chatted about being stressed over our respective futures. I said: “You are right by my mom’s house you should stop by for lunch and then watch Gumby.” and “Cast a spell for success… as my dad always says you can’t spell success without sucks!” I complimented their recent work and they said they’d take a photo of me one day… “with my sword on the beach!”

Waiting in line for Nendo, for the first half hour I just admired everyone’s outfits, listening to music and getting sunburnt.

Guy in front of me asks for me to hold his spot while getting gelato, thanking me profusely. 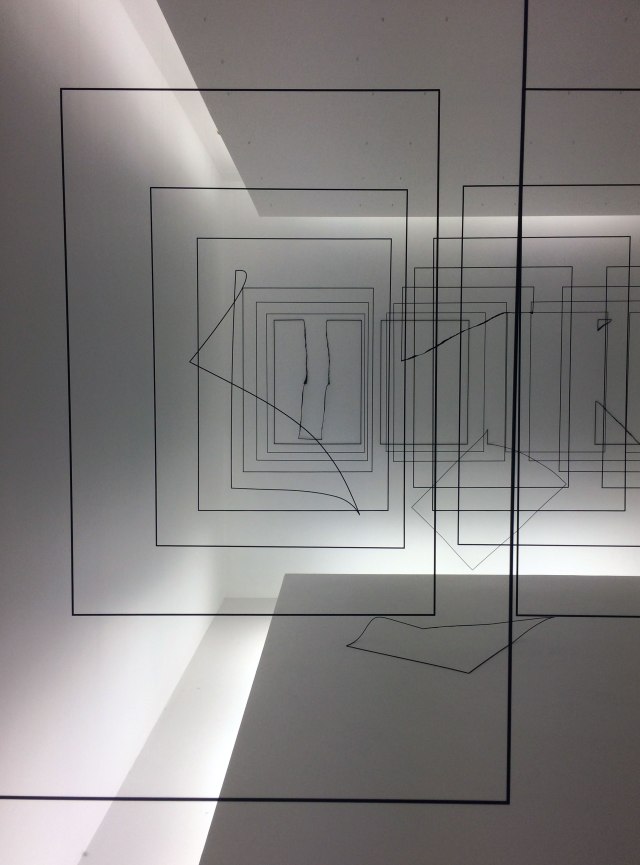 Walking to Cos but not wanting to wait in line again.

The Vanity Fare Nap room has bowls full of tomatoes and free Prosecco?

And I’m trapped in the Milanese lifestyle. 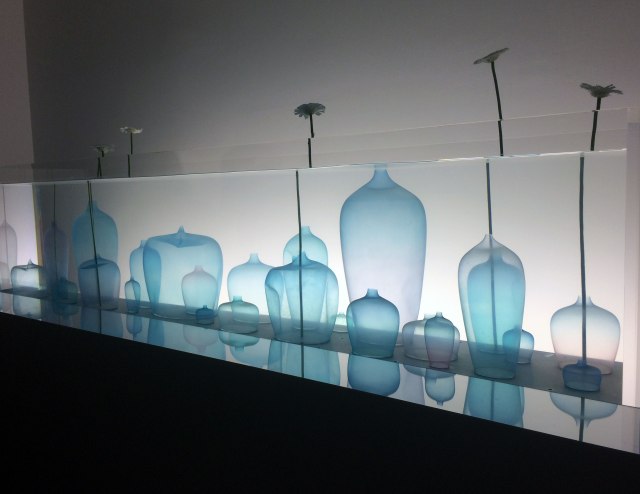 I have a little sunburn and I’m feeling giggly after a big beer.

I felt at home at the health food store. Picking out fancy groceries like purple kraut and a little jar of spicy chili, using up my Fabrica allowance on groceries instead of eating out.

I guzzled kombucha in the sun, carrying a bag of bottles on my back. I made a seitan burger and a salad with show-offy micro greens. Silvia came home, then Alexis. I sat laughing, looking at my phone, saying “chairs.” (My status “collect all the tote bags to win, Alex: “totes” Christian “what do they need tote bags for in Milan, me: “chairs?)

After Kenzi and I got home at 4:30am I slept until I woke up without an alarm, not worrying about being late for my Benetton shift. I felt refreshed, waking up at noon, doing some push ups, eating crackers, sipping strong black coffee.

Went out around 1. Saw Aalto and Eindhoven exhibits. My favorite was “Unreal Estate” and Fillip’s guided virtual visualization.

I am lying on a white bed, listening to the new Arca album, and the sounds of Alexis typing, thinking: “I am enjoying not being real.”

Alexis and I went to Akanksha’s couch-surf house-party. After the bros there started a “guitar concert” in the living room Alexis and I left.

The biggest warehouse squat in Milan, which has moved from equally iconic abandoned-buildings multiple times (before they had some tower, maybe a castle, now a prison or something) and which had a line outside with hundreds of people, carefully controlled through a system of hand-stamps, a gate with a lock and chain, and people yelling to enter slowly and without stampeding, also has a communal vegan kitchen. (Or something like that, my ears perked at “vegan” when Roberta was telling me more about the place).

Alexis and I patiently waited outside the gate, and eventually got into a Mecca of screechy techno and minimal lighting. We devised systems to communicate with friends lacking cell phone battery and contending with security and dominated the palatial dance floors on arrival.

We left when Jenny felt sleepy (5am). As we waited for the overcrowded and therefore free nightbus, Ainhoa saw two people with flowers in their hair, and shrieked “so beautiful!” They gave her and Alexis the flowers and then everyone got night-sandwiches.