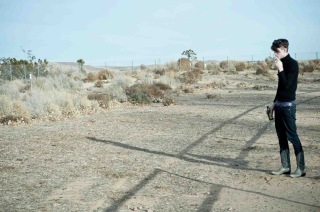 A kitty stumbled off an airplane into Albuquerque. I noticed her far through the swirling glass gate, walking on the front of her feet. I showed Romy my hometown, fed her chile, took her sledding and to 10k Waves, went to art-shows and parties, introduced her to my friends, drank good beer, made a movie, and shaved: “C▲T” into her head just before heading to Cali. 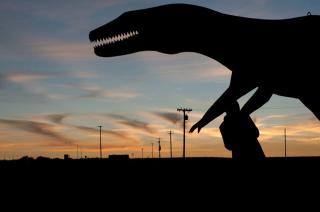 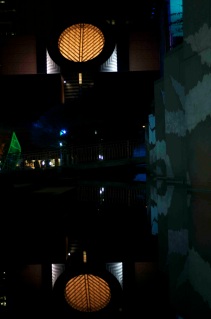 Emily Montoya asked me which delicious establishment I’d like to visit before splitting town and we met up at Felipe’s Tacos writing: “Wulph Escapes Zooooo”  on the front page of the Albuquerque Journal and adding quotes around the “tight” in “New Mexican Budget Tight.” The natural thing to do next was to walk to K Mart and pitch for a moustache trimming kit, then spend all our quarters on fake gold rings. Kristen, Noah, Jack and I chanted “BOGO Chikn Sandwis” as we made our way to the “Death of Culture” ceremony. We shaved things into the backs of each other’s heads by the light of a strobe light, and finished with Benji rolling on the floor cackling: “Baby princess mung-bean pony!” Apparently the footage will appear at Site Santa Fe soon.
Once we were in California Romy and I drank many 40’s. We made sure to empty the recycling frequently at Orjan’s place. We had advanced to plum wine and sake by the end of our stay at O’s, but on our second trip to the MOMA we relapsed and partook of the BEST FORTY ANYONE HAS EVER HAD.
The first time we visited the MOMA Romy and I wanted more. We had bought a forty and split it in the Martin Luther King Jr. Memorial Park, with its magnificent waterfall fountain, lush grass, and frequent visits from security. Romy was surprised by the cheapness of Bandaids in America, after 3 hours or so of walking had blistered her cowboyed feet. She was even more surprised by our cheap liquor. 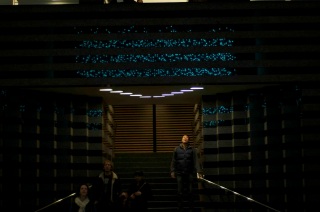 The reason we had walked for so long was because I was trying to find this glass elevator I had visited once before I knew the city. When we finally found the hotel we couldn’t find the elevator itself, until I asked a friendly woman who directed us toward a place we were not allowed to go. We walked past the concierge and found the elevator, which lifted us above the city, giving us a view of the entirety of east San Francisco. The descent was the best part – like a carnival ride, where the only price was the ability to be sneaky.

I wrote artist names on my hands and they washed off before their recording onto a more permanent format. 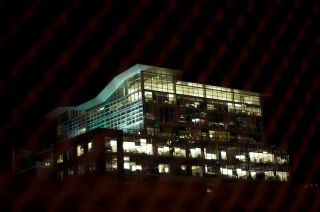 The thing that really sticks out about our first visit was the work of Clyford Still, which made me cry.
On our second trip we learned that in the financial district of SF every corner store that advertised liquor only had microbrew beer, spirits, and wine. Finally we got to a grungier side street and bought a Mickey’s. We sipped it from its brown paper bag and were speechless at the nuance of the flavor: decidedly different from any other Mickey previously supped upon. The bass on the forty was stable yet understated, with a hue of palest wheat that held foundation upon which a symphony of flavors balanced. The mids on this beverage were really what made it outstanding – a round and fruity onset landing reminiscent of lychee. The highs spread out around the palate, sparkling like the smoke of rat-weed which once emitted from Café Jake. After every sip Romy and I shared repeating sentiment: “Whoa.”

Naturally, upon entering the MOMA we had to pee. Romy and I deliberated over which gendered bathroom we should enter. We were both wearing pants, (not triangular skirts), so opted for the Men’s restroom. The last sip of the forty was reserved for this impasse. We downed it, peeled off the label, and propped it up, making a new label for it. Readymade.